Come and fish with Picante!

September is one of the best Sportfishing months in Cabo San Lucas, deepsea fishing has been so good, with a very nice and game fish favorable water temperature around 85°F, actually We could say that September has been the best month for catching Dorado (mahi mahi) of the year, the weather conditions are nice and positive, Cabo are waiting for a very productive October, as well as exciting as the tournaments are already starting.

We are ready to win, ARE YOU?! We are full for the Bisbee’s Los Cabos Offshore on October 15th and 16th, but for the millionaire Bisbee´s Black and Blue tournament that will take place on the 20th, 21st and 22nd , we still have the fast CABO Express 32′ available.

Dorado fishing was awesome this September! 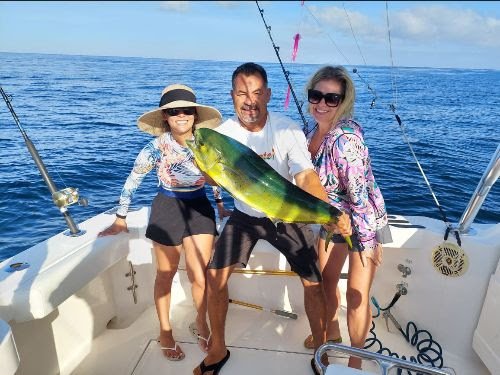 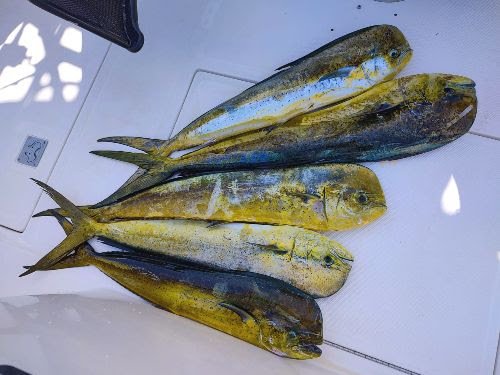 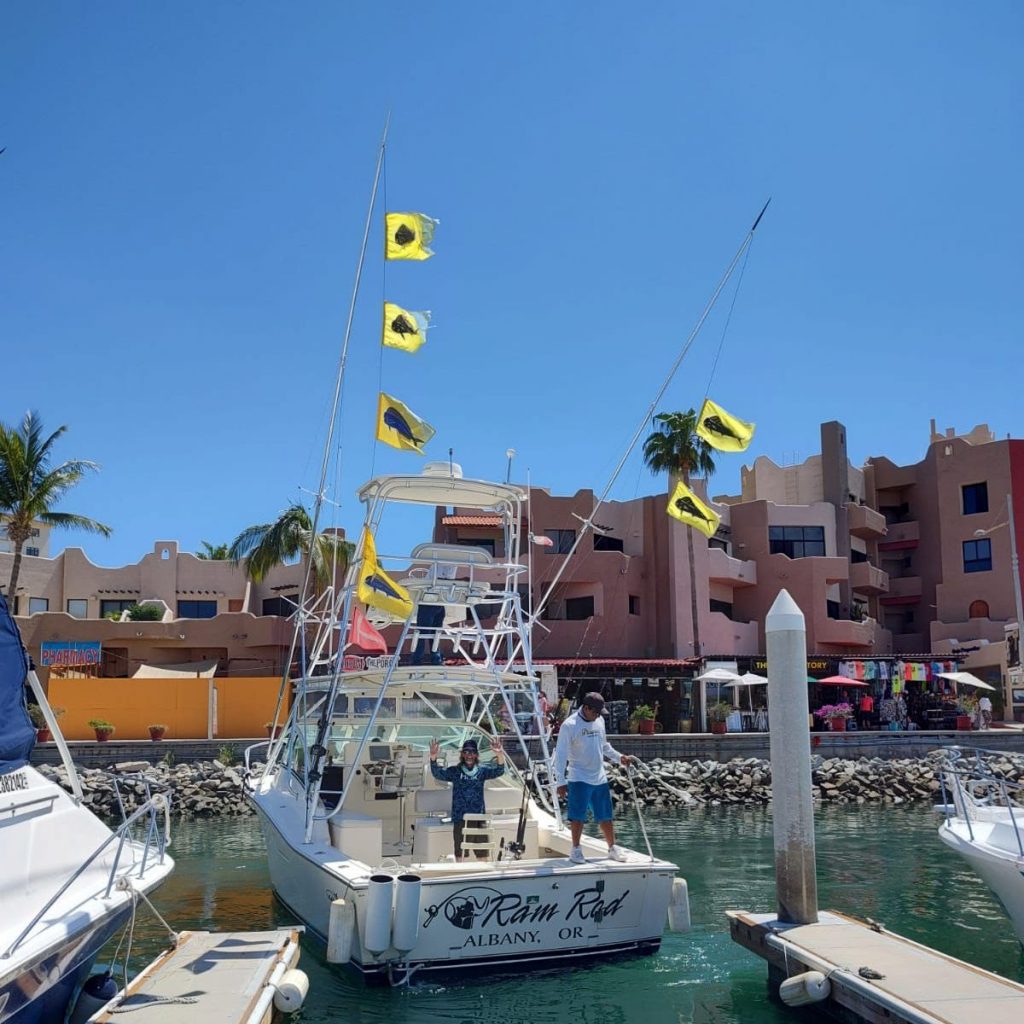 The Albermarle 31’ Ram Rod also has a very productive month with 6 Striped marlin released and 44 dorado, plus 2 Yellowfin.

Salsa, the Cabo Express 35’ released a beautiful 230 lb Blue Marlin plus 5 Striped Marlin and boated 2 Yellowfin tuna and 47 Mahi for the count.

Picante crew come from generations of local fishermen families and have been in these waters since childhood. If you are searching for a top sportfishing crew and fleet in Cabo San Lucas, then look no further. We cater to both experienced and beginner anglers, please get in touch so we can answer all your questions and help you plan your next Cabo fishing trip.

Our 35’ Cabo Flybridge, Picante Dream released 9 Striped marlin around 120 lbs by Los Arcos spot, they they were lucky releasing a beautiful Sailfish. Their fishing logs also show that they caught 25 dorados to be vacuum packed and frozen to the delight of our customers at home back in the USA.

Picante Pride our Cabo Express 36´ had great time with the Dorados too, they boated a total of 53 around 20 lbs. They released 7 Striped marlin and they were lucky catching 2 Yellowfin tuna for our anglers’ fresh sashimi.

The comfortable Picante, our Tollycraft 40’ released 8 Striped marlin and landed 1 Yellowfin tuna by 95 spot, they also boated 30 nice Dorado to the delight of our clients.

Conservation is central of what we do at Picante Sportfishing. For more than 25 years we have supported the catch and release practice for the Billfish protection in our rich Cabo waters. We are laying the groundwork for future generations to enjoy, protect and experience the Marlin Capitol of the world.

Picante 45 Cabo Express released 5 Striped Marlin, they had an excellent production this September with one Blue marlin and one respectable Sailfish between 11:50 and 95 spot, plus 1 Yellowfin tuna and 55 dorados for the count.

Caliente 45, 45 ft Cabo Express after a few days out of the action to get engine service, is ready to win the next tournaments in October! This month they catch and released 5 Striped marlin and 1 more Blue marlin for the archive, they also landed 24 Dorado.

As you can see, billfish fishing is on the rise, it is a good time to give us call and schedule your next fishing in Cabo with the Picante fleet, don’t forget the Tournament season is here and start with Los Cabos Billfish tournament on October 11th and the 2021 Bisbee’s Los Cabos Offshore next October 15th.

Send me fishing charters options for my next Cabo fishing!