October 2020 left us with mixed feelings, it was a month long awaited by everyone in Los Cabos, a month of excellent fishing production and great fishing stories, and a month of record in terms of teams participating in the Bisbee´s Black & Blue tournament, but during the tournament week the big marlins did not show up and there were no qualified fish at the scales, this time the winners were the billfish. The reason? We do not know, but one of our theories is that the Billfish were not hungry at all because the large amount of dorado (mahi) in the water this situation only gets more exciting next October, where the richest fishing tournament in the world will be even richer!

Picante Expresso our Cabo Express 31’ had a great production, they released 11 Striped marlin one of them weighed 350 lbs and boated 5 Yellowfin Tunas and 48 dorados.

Cabo Express 35’ “Salsa” released a beautiful Blue Marlin too, plus 5 Striped marlin and boated 7 Yellowfin tuna around 35 lbs and 67 Mahi for the count.

Picante Dream 35’ our comfortable Cabo Flybridge released 6 Striped marlin around 120 lbs at Migriño, being one of the most productive fishing spots lately. They also landed 55 Mahi and 4 Yellowfin tuna.

Picante Pride our Cabo Express 36´ had a great fishing month and a lots of fun during the Bisbee’s tournaments with team Crazy bout it!, they released 16 Striped marlin and 2 Blue marlin around 200 1bs. They also boated around 50 Dorados between 15-20 lbs and more than 12 tunas. 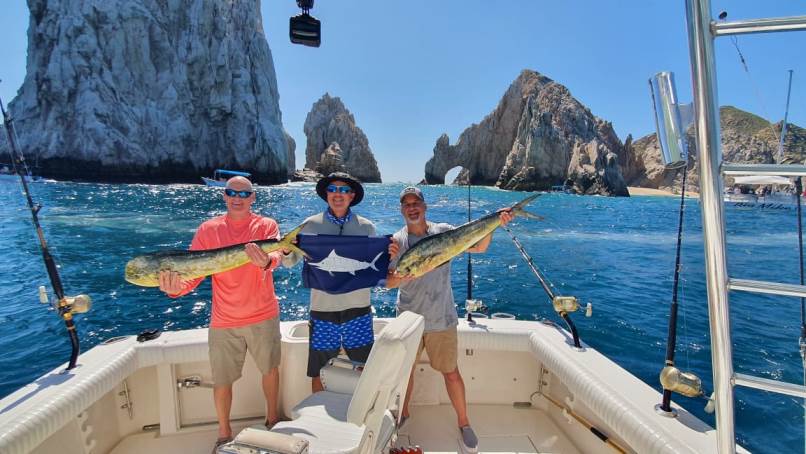 The Picante Tollycraft 40’ catch and released 6 Striped marlin and landed 5 Yellowfin tuna by Elias Calles, they also boated a nice Wahoo and 15 dorados. 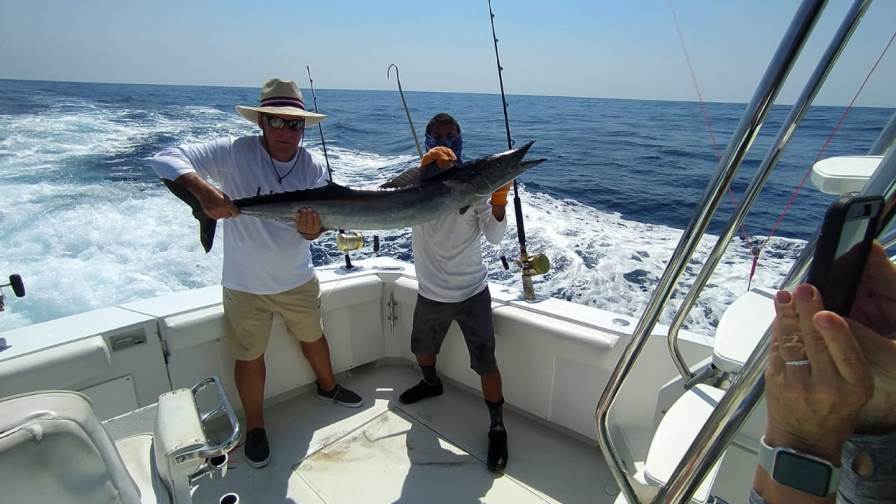 Picante 45 was in the Black & Blue Bisbee´s tournament too, we feel very proud that Team Pelagic fished with us this 2020. They released around 8 Striped Marlin, got a lot of tuna and they had an excellent Dorado production with 71 specimens, plus 1 Wahoo for the count. 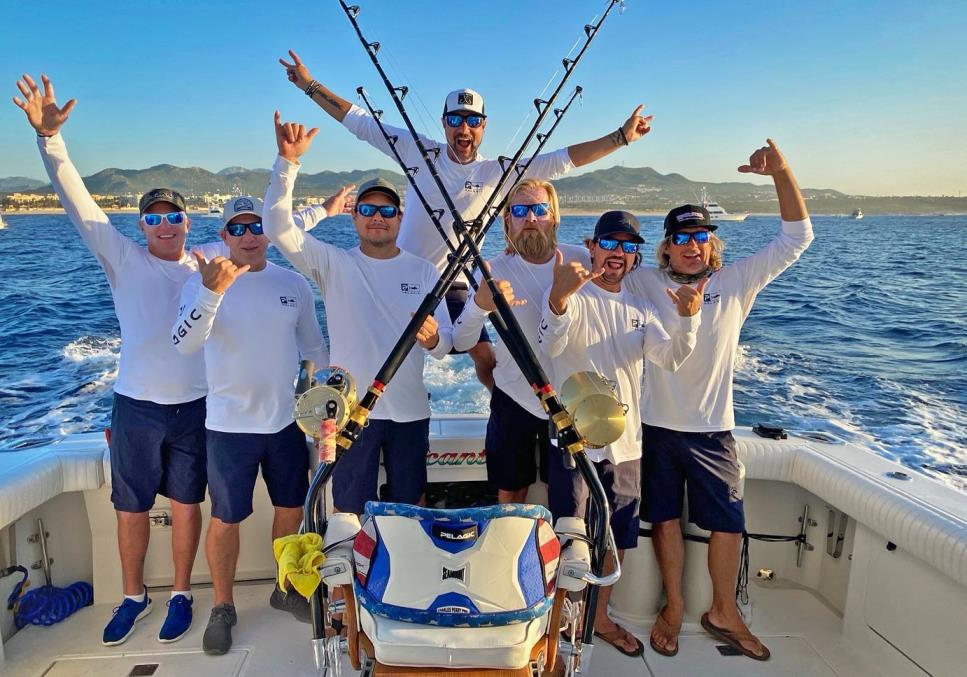 Our other Cabo yacht participating at the Bisbee’s was our Caliente 45, they catch and released 10 Striped marlin and 1 more Blue marlin for the archive, they also landed 3 Yellowfin tuna, 1 Wahoo, 1 Sailfish and 17 dorados! 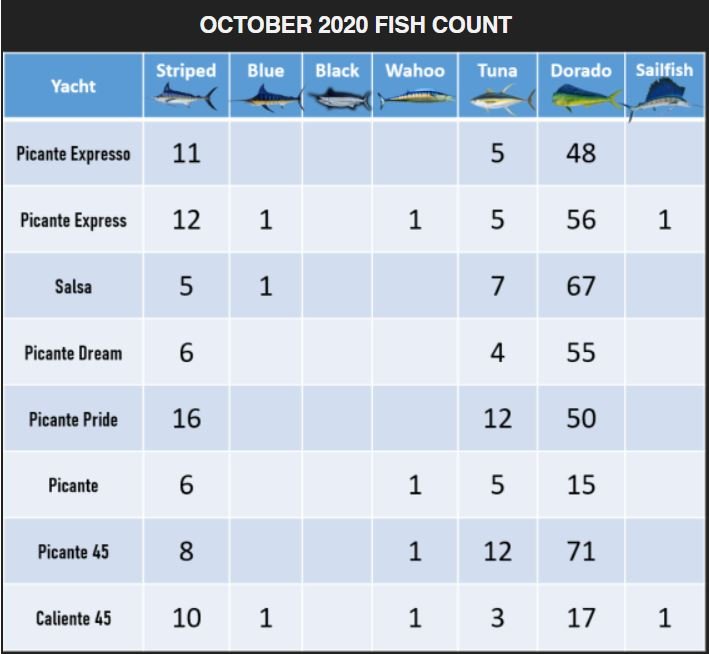 Now in November the Marlin and Yellowfin tuna are here and expected to stay for a while! The Cabo weather is great, so don’t you think you deserve to treat yourself to a sea breeze down here and join us to try and get a couple of those Bucket List game Fish!! 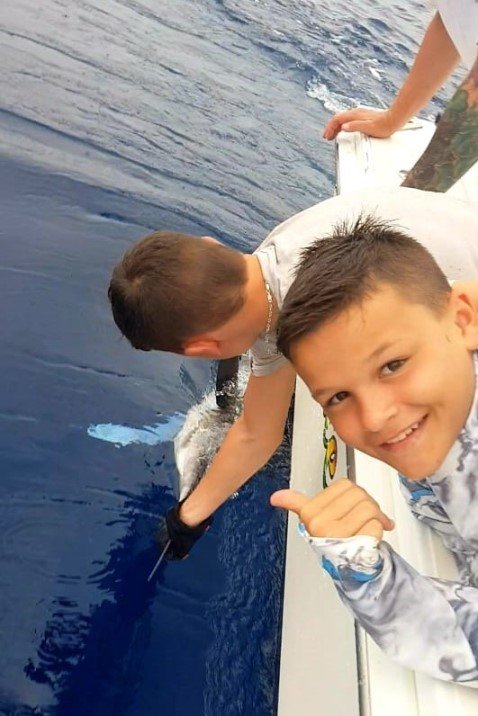 Catch and release! For the billfish and the next generations Picante crew awaits you, Fish with the winners!