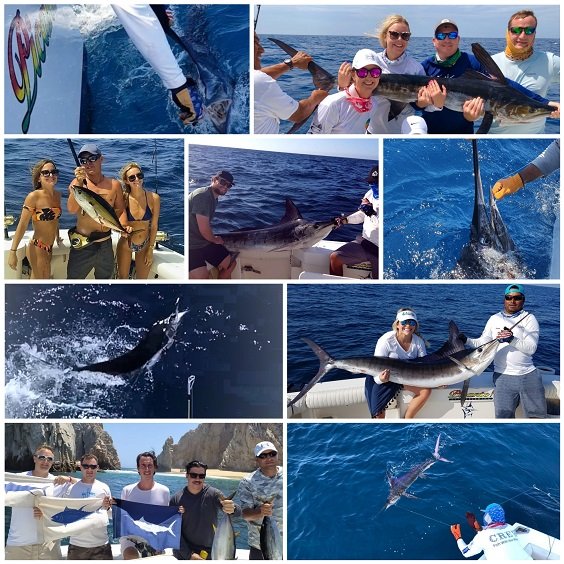 Some summer action aboard the Picante Sportfishing Fleet

We are happy to report that Cabo fishing has been great, the water is warmer and there is a lot more bait in the area, we’ve had some action days aboard the Picante fleet. Indeed our crew is reporting dozens of bites in the Finger Banks, one of our favorite spots and one of the best Marlin fisheries in the world!

Lets start this fishing report from our charter fleet, this past month the Cabo Express 31 “Picante Expresso” was super productive, landed 23 tunas, released 16 Striped Marlin and in the beginning of July they hooked 2 nice roostersfish.

Picante crew have been finding Yellowfin tuna by La Herradura around 25 miles out. Some days have been better than others but overall the tuna biting has been consistently good over the past few weeks, most boats are getting between  4 – 7 strikes per day and the yellowfin tuna is weighing between 25 and 45 pounds. Mucho sashimi this summer!!! 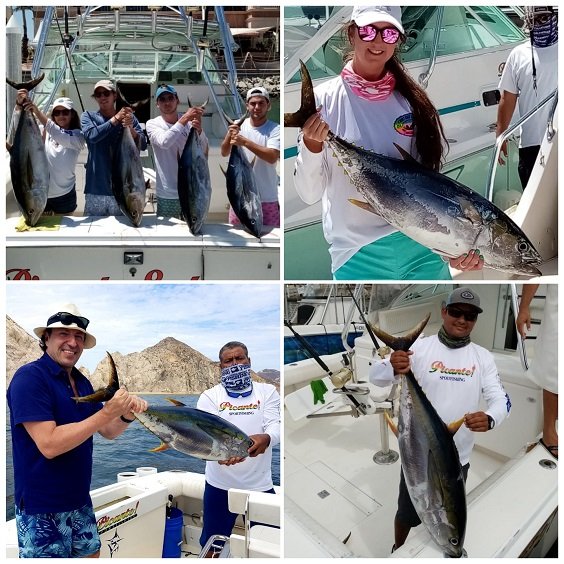 The “Ram Rod” Albermarle 31 ft released 4 Striped marlin and 3 cabrillas. There’s a few Rooster fish, jacks and mackerel inshore fishing so if your schedule is tight you can have good results and dinner in half day.

We remind you that we can arrange for you to take your fish back home, whether natural or smoked, it is frozen and vacuum packed so that you can take it with you on the airplane

“Salsa” Cabo Express 35 ft released 8 Striped marlin and landed 8 Yellowfin tuna by 95 spot, they also boated 2 nice dorados for two delicious family dinner.
The Marlin fishing conditions will continue to get better up to its maximum in September-October, actually we have already started to see more Blue marlin and we expect soon the Black marlin. For Marlin fishing we’ve had the most success trolling live caballito bait and casting when we see them on the surface.

“Picante Dream” our 35 ft Cabo Flybridge got the first wahoo from the season, released 7 Striped Marlin around 110-120 lbs and boated 11 yellowfin tuna and 2 nice amberjacks for the count. 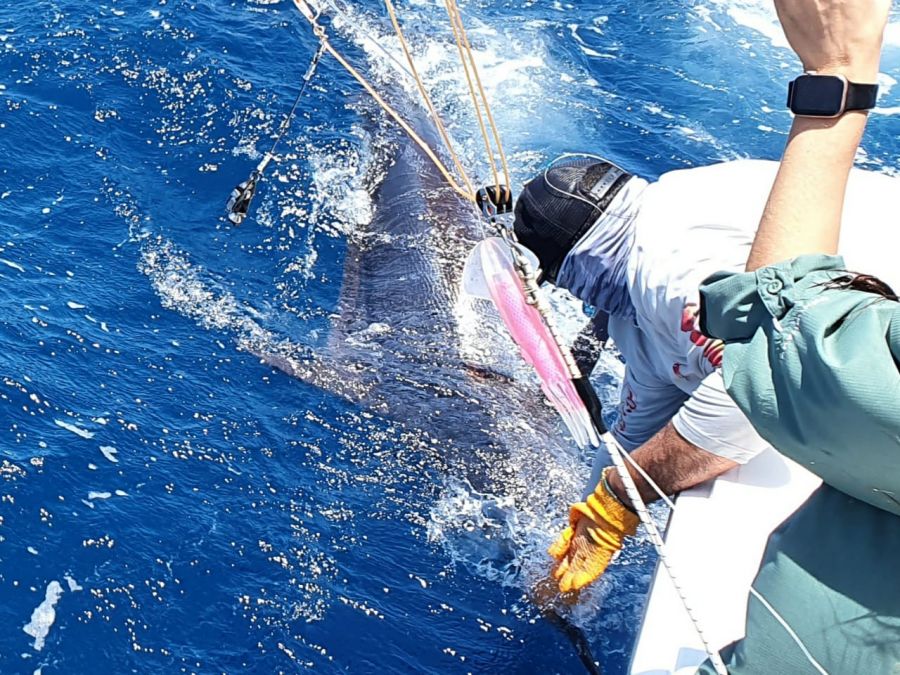 “Picante 40”, our classic Tollycraft released 6 Striped marlin too, boated 5 yellowfin tuna and 1 dorado. The biggest bull dorado for the month was for “Picante 45″, who caught an approx 50 pounder outside the 11:50 Spot. Cabo Express Picante 45 also released 10 Striped Marlin.

Our red one 45 ft Cabo Express, Caliente 45, had 12 Striped Marlin close to La Herradura hitting mostly on caballito bait, they also got another big one for the Blue marlin archive and landed 2 Yellowfin tuna and 2 Dorado the last month. 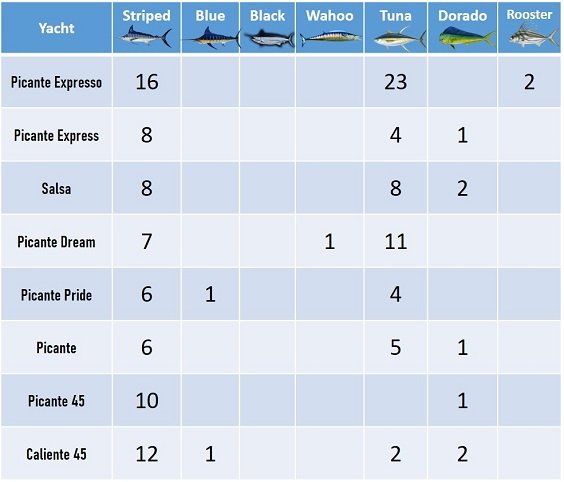 If Marlin is on your bucket list now is the time to hook up a big one in Cabo, don’t wait any longer and come to enjoy a great fishing experience and all the good things that Cabo San Lucas has for you.