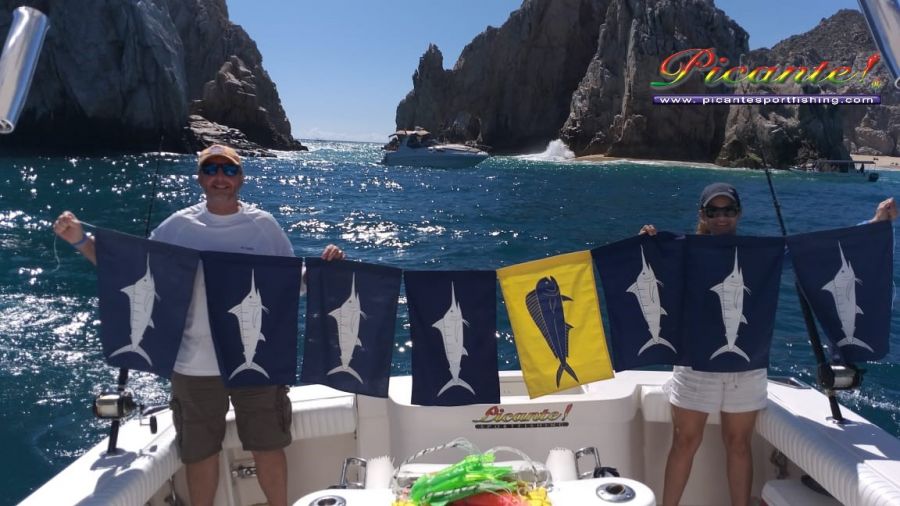 And finally we had Bisbee´s Black and Blue tournament with 126 teams the first place was for the team “Tranquilo” 577 lb Blue Marlin  they won around 4.1 dollars, second place was for “True Grit” 498 Black Marlin and “Wild Hooker” 466 lb Black Marlin.

Now next tournament the “Cabo Tuna Jackpot” is the tuna tournament November 6th- 9th, 2019 and we will keep in touch with all the news on this tournament.

The boats averaged at least two to three bites per day and many boats were returning after releasing several marlin or sailfish with the bonus of catching several dorados close to shore. 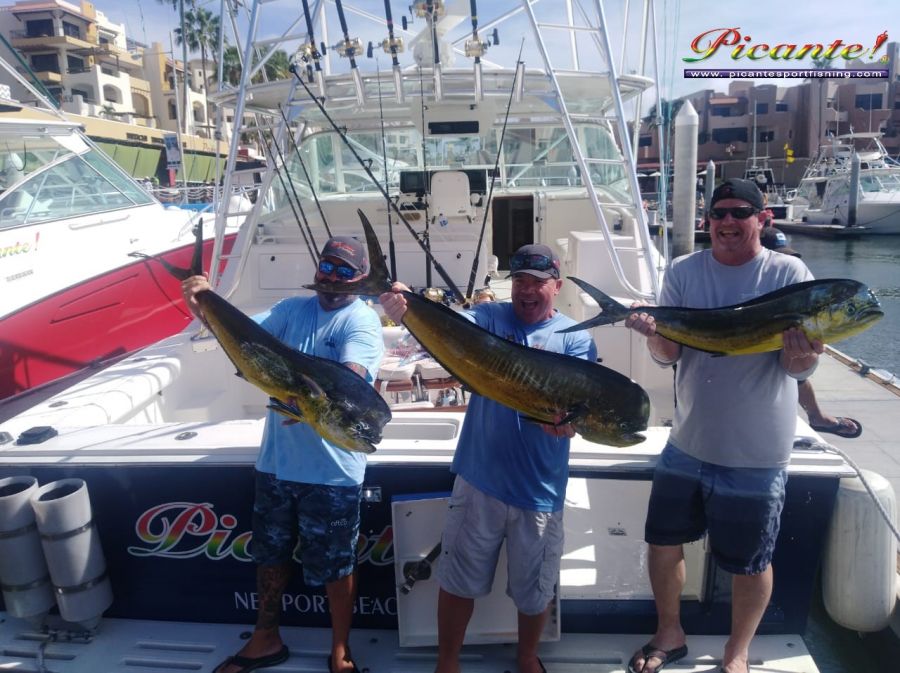 Wahoo was slowed but we have a very good luck and Express 32ft CABO Express caught a very nice 45 lbs.

Two days ago Picante Dream our 35ft Flybridge had a phenomenal day with a team of 4 anglers in a full day charter they released 7 Striped Marlin the first day and on the second day the released 5 more Striped Marlin.

Dream had a total of 21 Striped Marlin and 1 Sailfish all of them released, and they boated 10 Dorados.

Then Express 32ft CABO Express released 7 Striped Marlin by San Jaime in one day in a full day charter, they released a total of 18 Striped Marlin and boated 12 Dorados, 2 Tunas and 1 Wahoo. 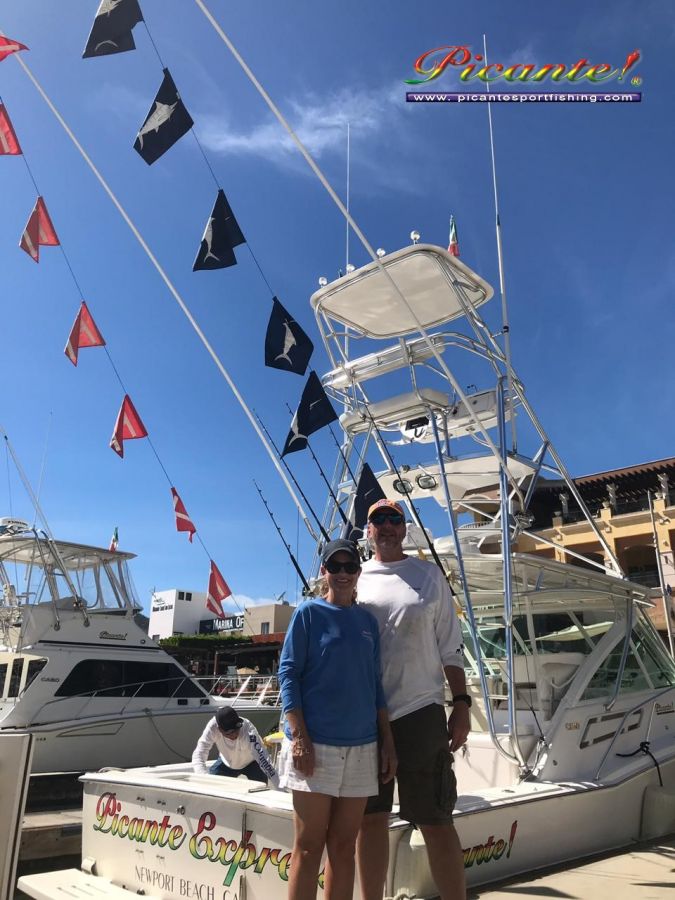 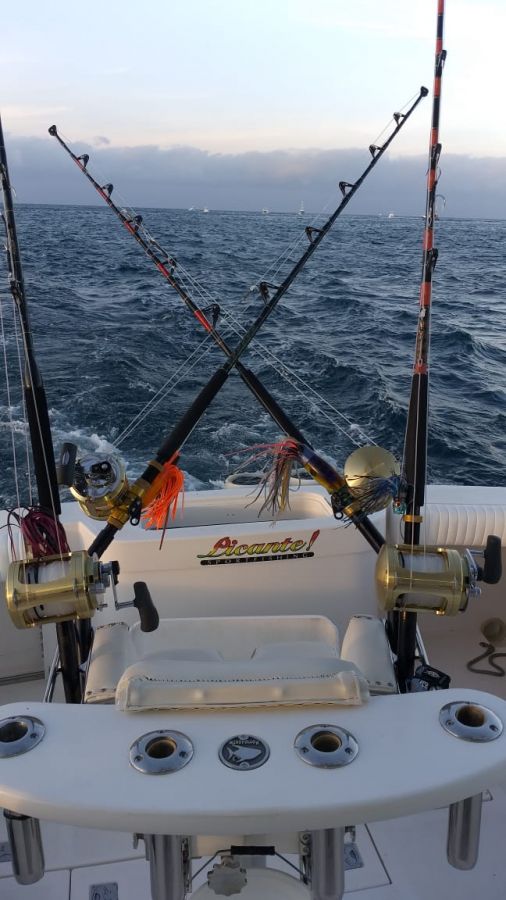