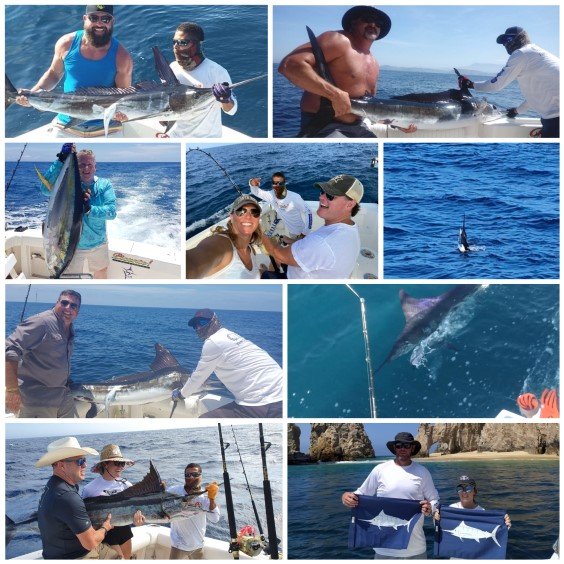 This month we had a couple of storms that kept the Cabo San Lucas port closed some days, so production fell slightly, nevertheless Picante fleet has been having double and triple up on the Mahi and Yellowfin tuna, our clients are enjoying a nice bite as storm conditions reside, schooling mahi are biting close to old lighthouse up past migriño.

Yellowfin tuna and mahi mahi were some of the most rewarding catches in August. Some of the best catches for both these fish weigh in at over 70 pounds, most boats are getting between 4-7 strikes per day, though if you&rsquore looking for a good dinner, going for those two offers a good fight and a great sashimi. 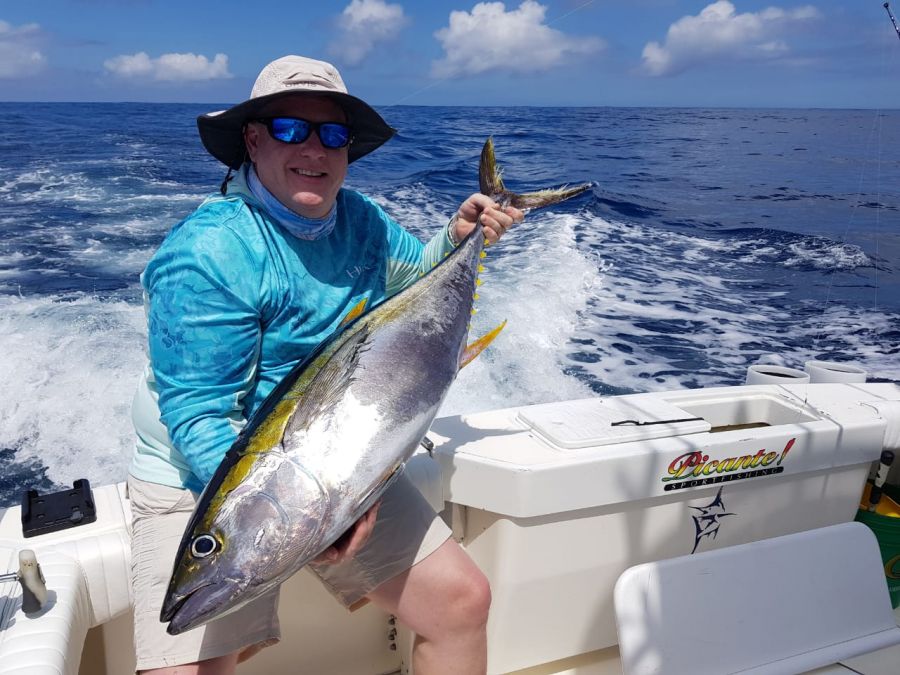 Cabo Express 36ft “Picante Pride” caught and released 11 Striped marlin around the 130 pounds, landed 4 big tunas weighing between 25 and 30 pounds and 1 more Mahi for the count.

Are you wondering what happens to the fish you catch? We take care of cleaning it and filleting it for you so you can take it to your resort or favorite restaurant to get it cooked, there is nothing more enjoyable than savoring your own fresh catch, also we can arrange for you to take your fish back home, whether natural or smoked, it is frozen and vacuum packed so that you can take it on the airplane.

Caliente 45 our hot Cabo Express 45 got the second big Blue Marlin from the season for the fleet, a 485 lb large fish that fought 2 hours and 20 minutes hooked on a Guacamayo lure about 27 miles out of Cabo San Lucas bay. They also landed 13 Striped Marlin, 3 Yellowfin tuna and 2 Dorado too. 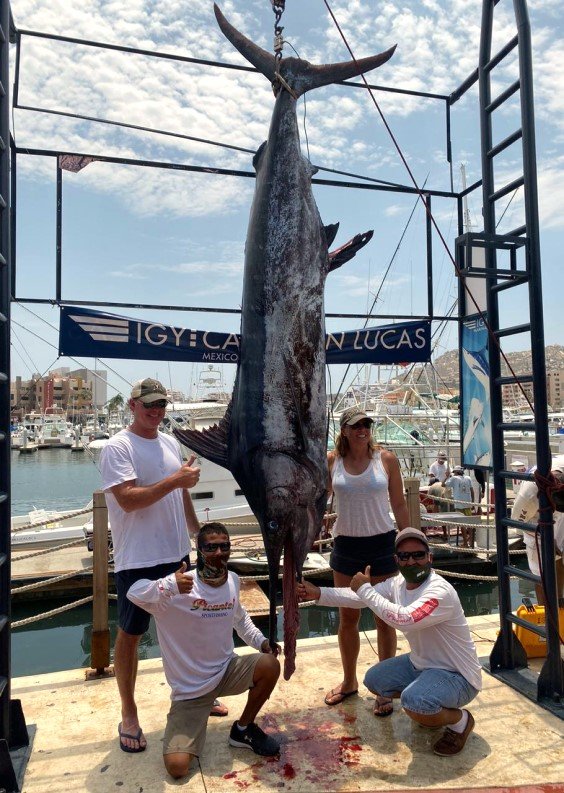 Picante Sportfishing does not land any Billfish unless we are participating in a tournament, unfortunatelly this blue died during the fight and the anglers decided to weigh it and donated to the crew. 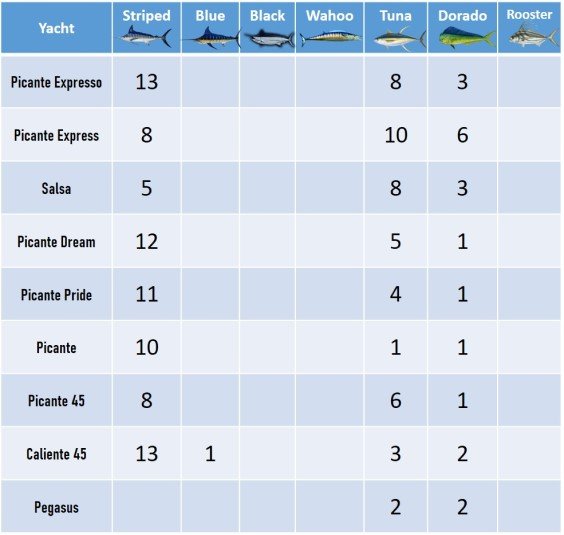 If you go offshore fishing with Picante, your soon realize why Cabo San Lucas is known for year-round Marlin sportfishing, but if you come to fish August through October you can hook most game fish species.

So if you’re planning to book a fishing trip, Cabo waters are a paradise for saltwater anglers! Contact us!